Berkeley Symphony's 51st season opens with a powerful statement on musical identity. The voice of pioneering African American composer Florence Price comes to life in a performance of her Violin Concerto No. 2 with the powerful voice of violinist Rachel Barton Pine as soloist, and a world premiere commission by Berkeley Symphony's New Music USA composer in residence Brian Raphael Nabors. Price's Second Violin Concerto was rediscovered in 2009, and this forgotten gem is a perfect pairing with Pyotr Ilyich Tchaikovsky's powerful Fifth Symphony. Behind this immensely rich symphony was a composer struggling with his personal identity, fighting against his perceived tragic fate. His emotional turmoil is poured into this gripping work.

BRIAN RAPHAEL NABORS
Upon Daybreak
World Premiere made possible through New Music USA’s Amplifying Voices program and the generous support of the Sphinx Ventures Fund, ASCAP, and the Sorel Organization

Please Join Us for a Pre-Concert Panel
New Music USA and Berkeley Symphony are delighted to collaborate in presenting a pre-concert discussion that will explore the music and perspectives of three exciting composers who are contributing to the future of orchestral music in the US. This panel will feature Jimmy López, Brian Raphael Nabors, and Gabriela Smith, with facilitator Vanessa Reed, who is the President and CEO of New Music USA. The panel will be held Sunday, October 16 from 2:45 – 3:30 pm at Zellerbach Hall. The panel is free of charge to all ticketholders of IDENTITIES. 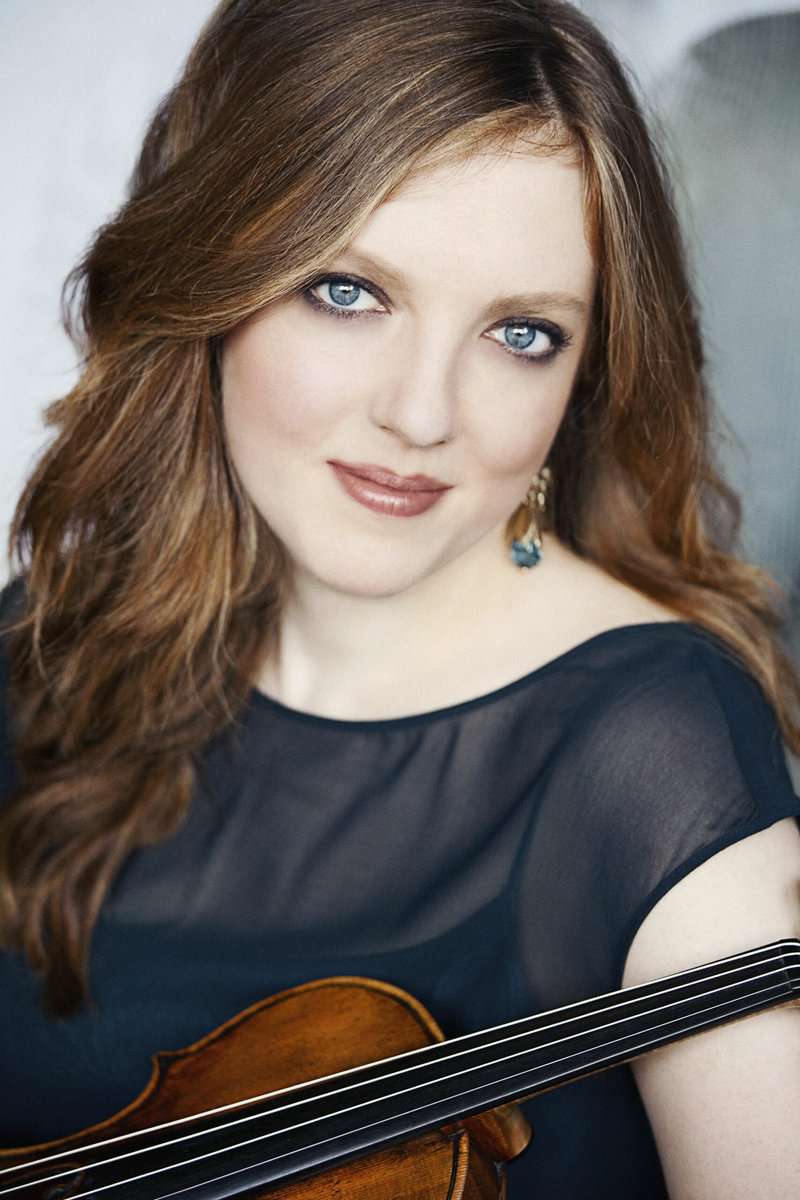 Heralded as a leading interpreter of the great classical masterworks, violinist Rachel Barton Pine thrills audiences with her dazzling technique, lustrous tone, and emotional honesty. With an infectious joy in music-making and a passion for connecting historical research to performance, Pine transforms audiences’ experiences of classical music.

She has recorded 40 acclaimed albums, many of which have hit the top of the charts. In September 2022, Cedille Records releases her Violin Concertos by Black Composers Through the Centuries: 25th Anniversary Edition, which features a new recording of Florence Price’s Violin Concerto No. 2 with the Royal Scottish National Orchestra & Jonathon Heyward.

She frequently performs music by contemporary composers, including major works written for her by Billy Childs, Mohammed Fairouz, Marcus Goddard, Earl Maneein, Shawn Okpebholo, Daniel Bernard Roumain, José Serebrier, and Augusta Read Thomas. In addition to her career as a soloist, she is an avid performer of baroque, renaissance, and medieval music on baroque violin, viola d’amore, renaissance violin, and rebec.

She has appeared on The Today Show, CBS Sunday Morning, CNN, PBS NewsHour, A Prairie Home Companion, and NPR’s Tiny Desk, and has been featured in the Wall Street Journal, Los Angeles Times, and New York Times.

Last season, Rachel amazed fans worldwide, when with just 3 1/2 hours notice, she stepped in at Ravinia, to perform Prokofiev’s Violin Concerto No. 1 with the Chicago Symphony Orchestra, Maestra Marin Alsop conducting, when the soloist Midori had to pull out at the last minute due to illness.

She holds prizes from several of the world’s leading competitions, including a gold medal at the 1992 J.S. Bach International Violin Competition in Leipzig, Germany.

Her RBP Foundation assists young artists through its Instrument Loan Program and Grants for Education and Career, and since 2001, has run the groundbreaking Music by Black Composers project.

She performs on the “ex-Bazzini, ex-Soldat” Joseph Guarnerius “del Gesù” (Cremona 1742), on lifetime loan from her anonymous patron.