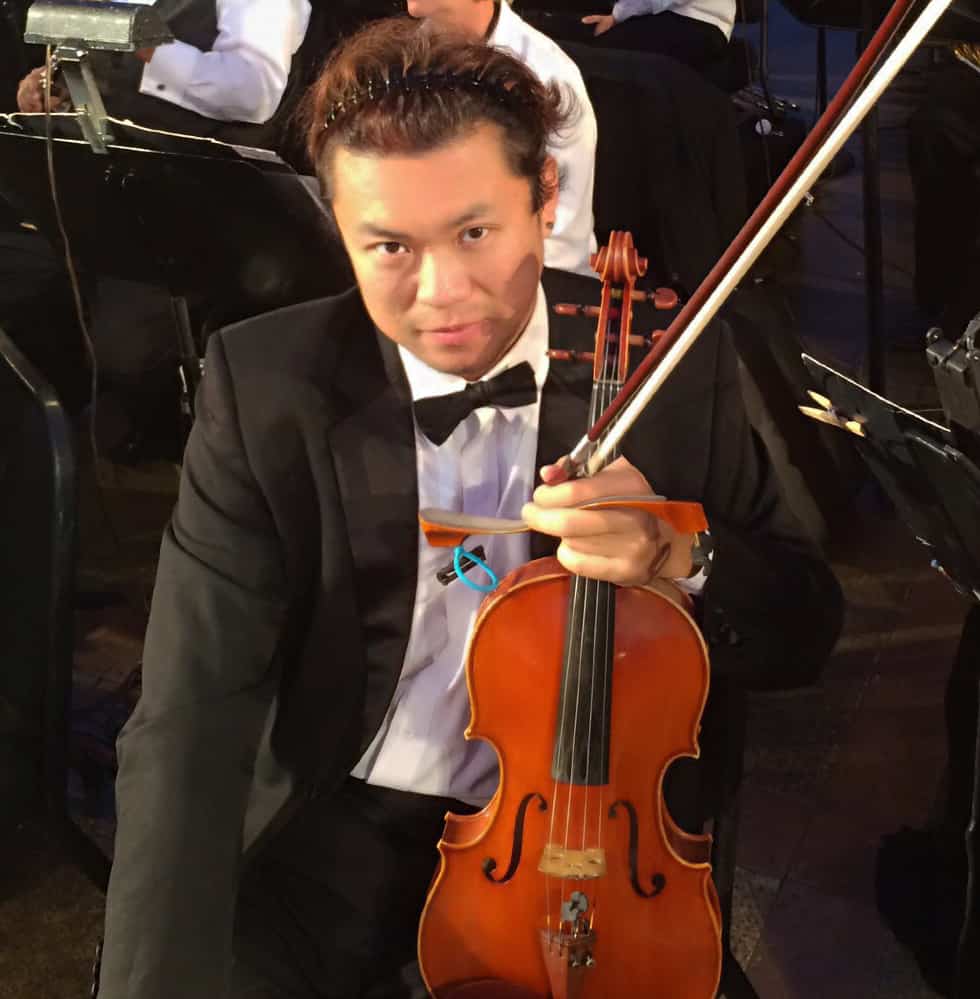 Tiantian Lan, a native of Beijing, China, began studying violin at age four and viola at age nine. He joined the viola studio of Wing Ho in 2001 and received his B.A degree from the Central Conservatory of Music in Beijing.

In 2007 he joined the viola studio of Jodi Levitz at the San Francisco Conservatory of Music, earning his M.M. degree in 2009. Mr. Lan was the principal violist of the China Young Symphony Orchestra, San Francisco Conservatory Orchestra, the Eighteen Plus Chamber Orchestra and the Tanglewood Music Center Orchestra. He was also a member of the Beijing Viola Ensemble which toured the United States in 2003. He has won both the First Solo Viola Competition in China in 2001 and the San Francisco Conservatory Concerto Competition. Mr. Lan participated in the Great Mountain Music Festival & School on full scholarship in 2004, also in 2007 he performed at the International Chamber Music Master Class in Beijing, where he worked with Rainer Kussmaul and Sadao Harada. In summer 2008 Mr. Lan attended the Tanglewood Music Festival, received an award from the Tanglewood Music Center Faculty, and also played with the Boston Symphony Orchestra. In 2010, Mr. Lan played the William Walton Viola Concerto with the SFCM Orchestra at San Francisco. In March, he won the Principal viola audition of Berkeley Symphony Orchestra, the 1st prize of Livermore Talent Competition in June, and the 2nd prize of the Reno Chamber Orchestra Collage Concerto Competition in November. Mr. Lan was the teaching assistant of the Music department, University of Nevada, Reno from 2010 to 2012.

Currently he is the member of Reno Chamber Orchestra and Reno Philharmonic Orchestra. 2012 & 2016 July, Mr. Lan was invited to the Principal Viola Position of Lancaster Music Festival Orchestra, Ohio, and also played a chamber concert with Stephanie Sant`Ambrogio and John Sant`Ambrogio. 2013 May he won the viola position of Santa Rosa Symphony, and joined the viola faculty of Gold Coast Chamber Music Festival at Malibu, CA. In 2015 Feb, Mr. Lan won the principal viola position of Oakland Symphony Orchestra, also won the one year trial of Principal Viola at The Florida Orchestra and got an invitation to be the Principal Viola of the Fresno Philharmonic in 2016, and be assistant viola principal of Boise Philharmonic in 2017. Mr. Lan`s former teachers include Wing Ho, Jodi Levitz and Stephanie Sant`Ambrogio.