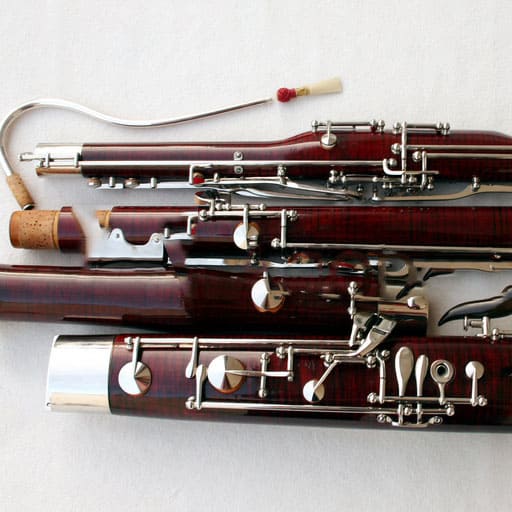 Shawn Jones, bassoonist, is a graduate of the Juilliard School and Rice University. He has performed as a member of the Colorado, Detroit, and San Francisco Symphonies as both a bassoonist and contrabassoonist. During the summers, he has taught at the renowned Interlochen Arts Camp, performed with the Colorado Music Festival, Grand Tetons Music Festival Orchestra, traveled to Japan to perform with the Pacific Music Festival, and toured Russia with the American Russian Youth Orchestra.

Shawn is also very active as a freelance musician in the San Francisco Bay area, playing as a member of both the Berkeley Symphony and Santa Rosa Symphonies. He is also a frequent Substitute with the San Francisco Ballet and Opera Orchestras, Symphony Silicon Valley, Modesto Symphony, Oakland Symphony, California Symphony, and others. In addition to his extensive orchestral experience, he is a longstanding member of Quinteto Latino, a woodwind quintet that performs classical and contemporary music by Latino composers. He is also the bassoon professor at Santa Clara University.

Shawn was born and raised in Miami, Florida and moved to the Bay Area in 2005.