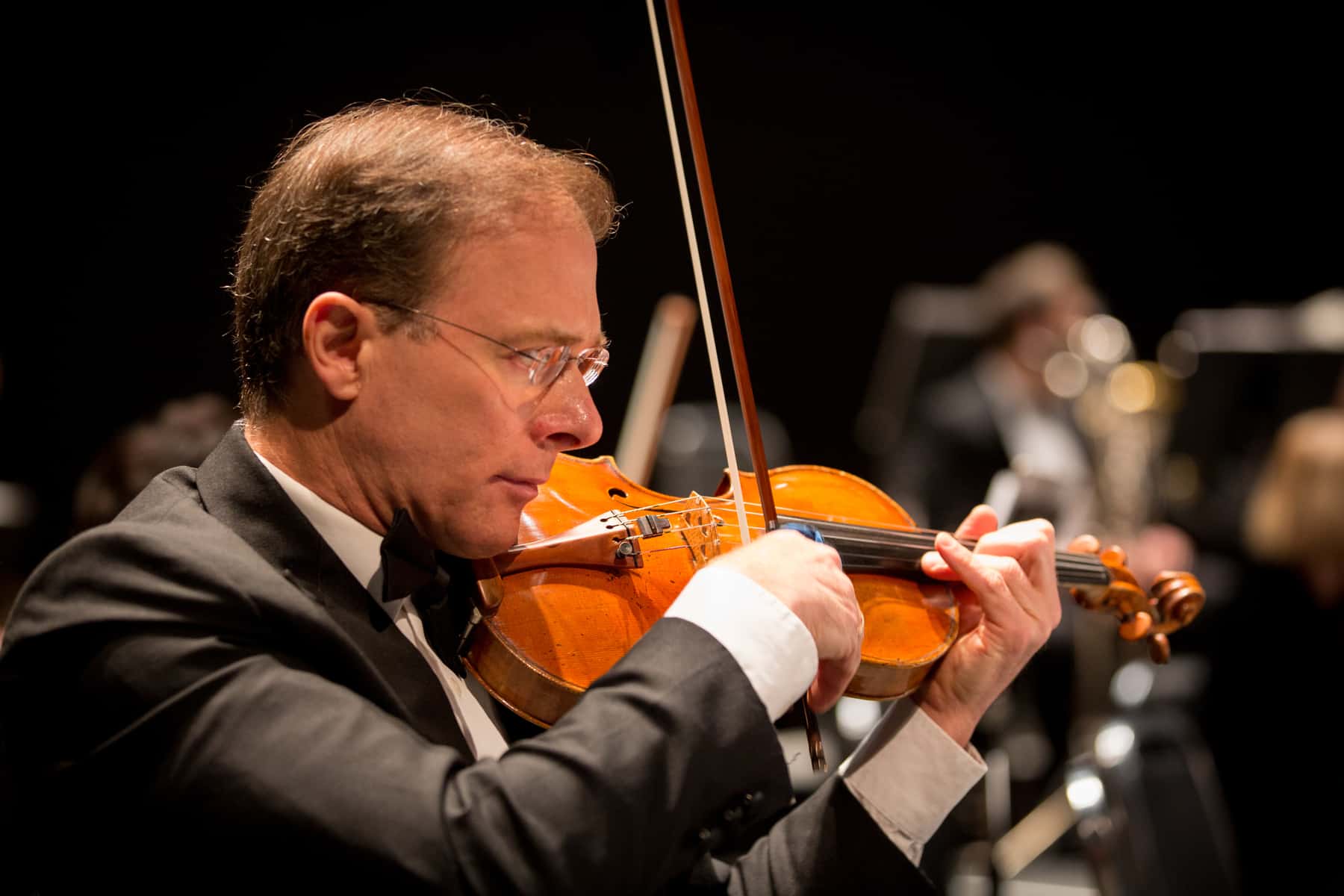 Franklyn D’Antonio began his professional career more than 40 years ago after his acceptance into the Jascha Heifetz Master Class at the University of Southern California at the age of 16. The following year, he was appointed to the Los Angeles Chamber Orchestra by Sir Neville Marriner, before going on to hold positions in the Detroit Symphony, Chicago Symphony, and Los Angeles Philharmonic Orchestra appointed by such notable Music Directors as Antal Dorati, Sir Georg Solti, Andre Previn and Esa Pekka Salonen.

Described as an “outstanding soloist” (San Francisco Examiner) and “technically dazzling” (Los Angeles Times), performances over the years have taken him on tours throughout North America, Europe, the Middle East, and Asia. During his decade long tenure as professor of Violin at California State University, Northridge, Mr. D’Antonio released two CDs with the Vista Piano Trio.

As a recording musician he has performed on hundreds of major motion picture soundtracks since the mid 1970s. Mr. D’Antonio has held the position of Concertmaster of the Berkeley Symphony under Kent Nagano and Joana Carneiro having worked with world renowned dance companies such as the Bolshoi Ballet, Royal Danish Ballet, The Martha Graham Dance Group, Mark Morris Dance Company and the Australian Ballet.

Mr. D’Antonio has appeared as violin soloist with numerous symphony orchestras, including more than two dozen solos with the San Francisco Ballet performing the Prokofiev and Stravinsky violin concertos and the Russian Seasons (a 12 movement work for solo violin and string orchestra). He performs regularly as a Berkeley Symphony Chamber Player at the Piedmont Center for the Arts as well as on the Gold Coast Concert Artist Series in Southern California with the Vista Piano Trio.