Join us at the First Congregational Church of Berkeley! Let your inner child come out to play with Ravel's Mother Goose Suite and a reimagined, uniquely Berkeley retelling of Prokofiev's Peter and the Wolf, featuring the remarkable illustrator and graphic journalist Wendy MacNaughton as our narrator and new illustrations by three talented local artists. We're also delighted to feature Reena Esmail's Meri Sakhi Ki Avaaz (My Sister's Voice) for Hindustani singer, soprano, and orchestra, which takes listeners on a cross-cultural journey that explores family and community across the globe. 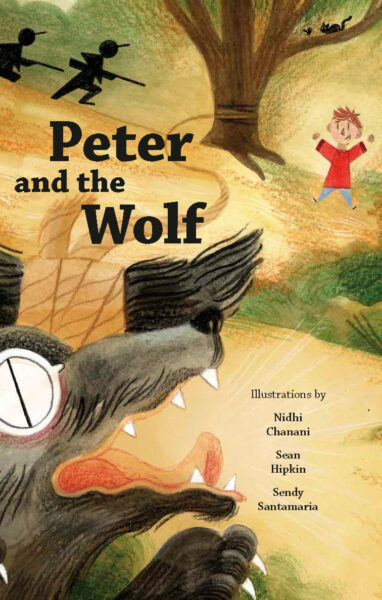 BONUS: Attendees will receive a special 20-page Peter and the Wolf illustrated program featuring the collection of commissioned artwork that will be projected during the concert. 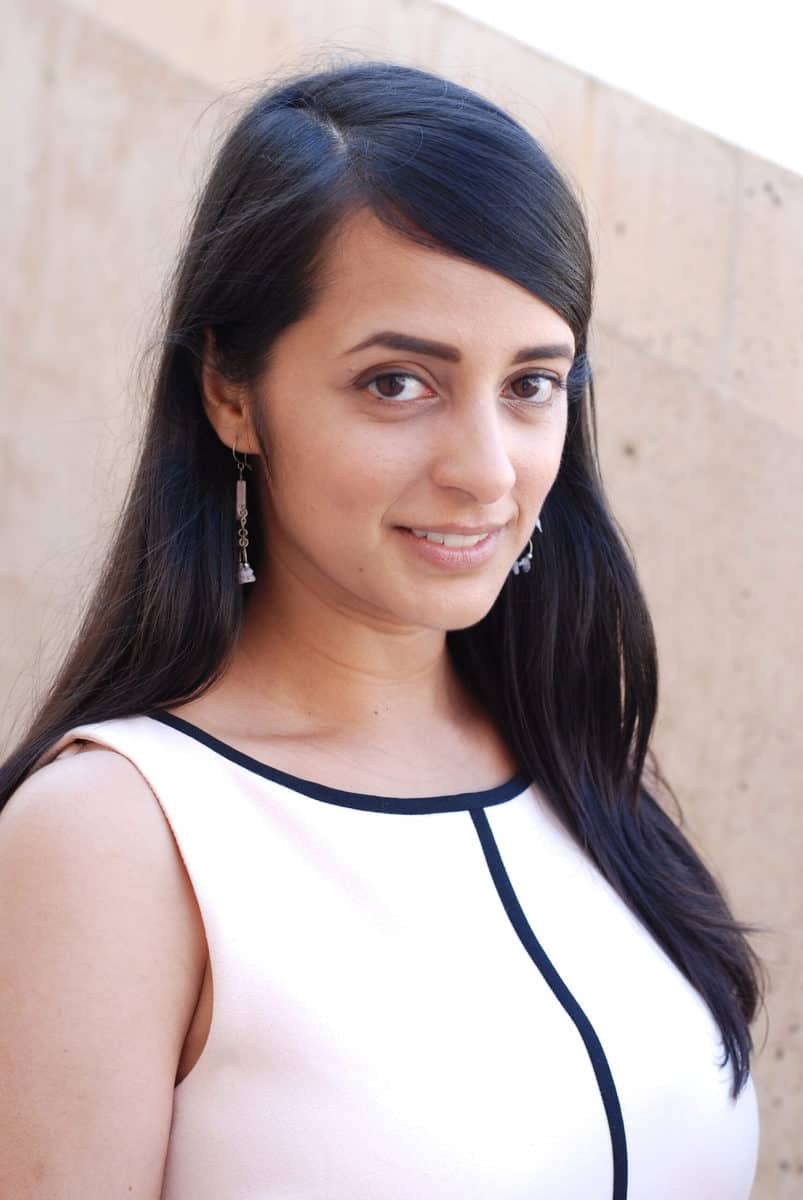 Indian-American composer Reena Esmail works between the worlds of Indian and Western classical music, and brings communities together through the creation of equitable musical spaces.

Esmail is the Los Angeles Master Chorale’s 2020-2023 Swan Family Artist in Residence, and Seattle Symphony’s 2020-21 Composer-in-Residence.  Previously, she was named a 2019 United States Artist Fellow in Music, and the 2019 Grand Prize Winner of the S & R Foundation’s Washington Award.  Esmail was also a 2017-18 Kennedy Center Citizen Artist Fellow. She was the 2012 Walter Hinrichsen Award from the American Academy of Arts and Letters (and subsequent publication of a work by C.F. Peters)

Esmail holds degrees in composition from The Juilliard School (BM’05) and the Yale School of Music (MM’11, MMA’14, DMA’18). Her primary teachers have included Susan Botti, Aaron Jay Kernis, Christopher Theofanidis and Martin Bresnick, Christopher Rouse and Samuel Adler. She received a Fulbright-Nehru grant to study Hindustani music in India. Her Hindustani music teachers include Srimati Lakshmi Shankar and Gaurav Mazundar, and she currently studies and collaborates with Saili Oak. Her doctoral thesis, entitled Finding Common Ground: Uniting Practices in Hindustani and Western Art Musicians explores the methods and challenges of the collaborative process between Hindustani musicians and Western composers.

Esmail was Composer-in-Residence for Street Symphony (2016-18) and is currently an Artistic Director of Shastra, a non-profit organization that promotes cross-cultural music connecting music traditions of India and the West.

A native of Mumbai, Saili Oak began studying music at the age of 3. A finalist on the popular reality TV series “Zee Marathi SaReGaMaPa,” Saili is a senior disciple of Dr. Ashwini Bhide Deshpande, a leading vocalist of the Jaipur-Atrauli Gharana. Saili won the All India Classical music competition when she was barely 17. She completed her Sangeet Visharad from the Gandharva Mahavidyalaya Mandal and has earned awards including the prestigious Pt.Jasraj Yuva Award, Pt Vasantrao Deshpande Yuva Award, and the Gaanwardhan Award. Her performances have been admired for her meticulous architecture of ‘khayal,’ her systematic and well-crafted raga exploration and impressive command over the ‘laya.’ 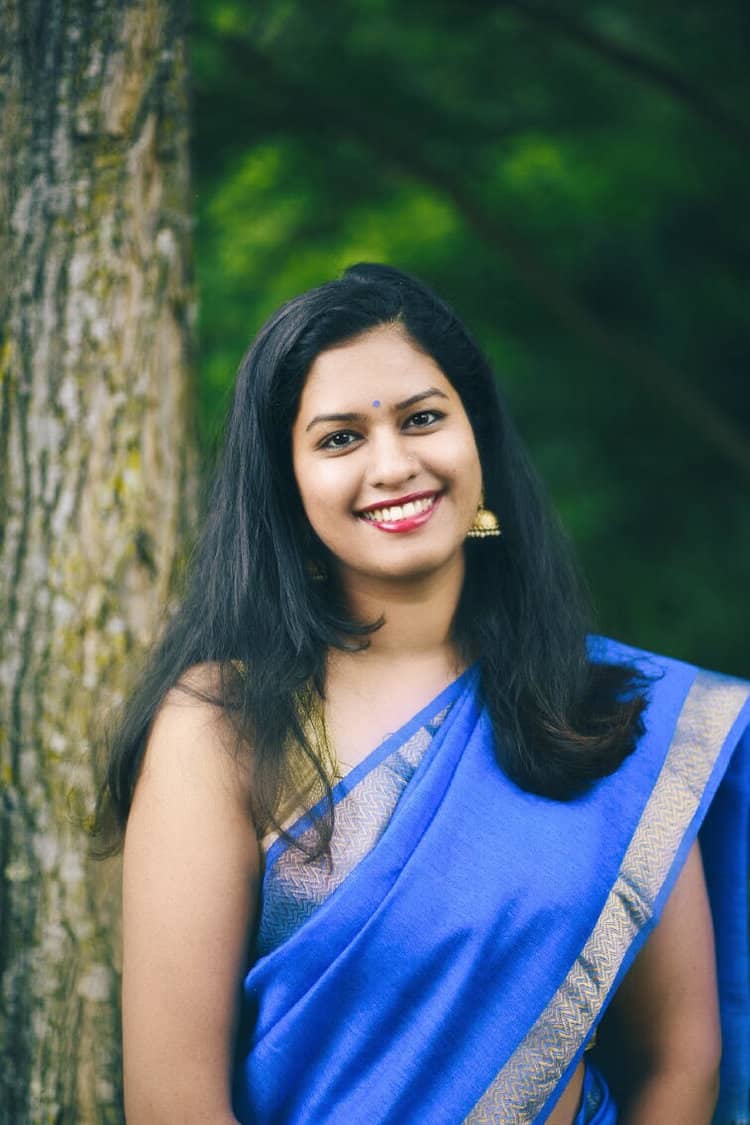 Saili is also known for her distinguished work in the Indian/Western Classical music crossover space. She has performed with notable western music ensembles including the Albany Symphony Orchestra, Los Angeles Chamber Orchestra, Tonality choir, Salastina Music Society. She has been featured on several albums including ‘Beyond’, ‘American Mirror’, ‘Sing about it’ and ‘KALA’.

A passionate educator, Saili maintains a vocal studio ‘SailiMusic’ where she trains the next generation of upcoming artists and is a frequent guest speaker, panelist and workshop participant at conferences and universities across America. She has presented her work at the Composition in Asia Conference at the University of South Florida, taught master classes at the Salem State University, Smith College in Northampton MA, Kaufmann Music Center NY, and the University of Texas at Austin.

Apart from her musical training, Saili also holds a Master’s Degree in Accountancy and has completed the Chartered Financial Analyst Program by the CFA Institute, USA. Praised for her “crystalline tone” by Opera News, Indian-American soprano MAYA KHERANI has been lauded for her vibrant voice and exciting characterizations in repertoire from the Baroque to the modern. San Francisco Classical Voice recognizes her as “obviously an enormous talent” and the Boston Music Intelligencer applauds her performances as evoking “the sparkling effervescence of a fine champagne.”

This past season’s engagements included POLLY PEACHUM in The Threepenny Opera with West Edge Opera, ROSINA with Cinnabar Theater, and BECK (cover) and the QUARTET SOPRANO in the world première of Laura Kaminsky’s Today It Rains with Opera Parallèle. Upcoming performances feature Ms. Kherani as GILDA in Rigoletto and PAMINA in Die Zauberflöte with Opera Modesto, as well as highly anticipated debuts at the Festival d’Aix-en-Provence and Boston Baroque.

Last season, Ms. Kherani made her role debut in the title role of PARTENOPE with Opera NEO under the baton of Benjamin Bayl. For her performance San Diego Story raved, “From her opening ornate aria, Maya Kherani’s Partenope sailed through Handel’s effusive coloratura with gleaming precision and impassioned conviction. She dominated this production the same way an excellent Violetta commands Verdi’s La Traviata.” She also made “dynamic” role debut as MUSETTA in La Bohème with West Bay Opera, praised for her “shimmering high notes and stunning looks.”

Last year, Ms. Kherani made her European debut as a fellow with the Fondazione Giorgio Cini – Seminari di Musica Antica singing the modern-world première of French Baroque works from Caribbean under the direction of Pedro Memelsdorff and Sophie Daneman. She then returned this past February to sing in a follow-up program, directed by Mr. Memelsdorff and Vivica Genaux.

Recent seasons featured Ms. Kherani’s mainstage company debut as DESPINA in Così fan tutte at Opera San Jose, where she also sang LISETTE in the student matinee performance of La Rondine as well as YVETTE in all other performances. Other roles last season include BRITOMARTE with West Edge Opera in Martín y Soler’s L’arbore di Diana (The Chastity Tree), JILL in the world première of Jack and Jill and the Happening Hill with Salt Marsh Opera, the title role of SEMELE with Pocket Opera, and FRASQUITA in Carmen with West Bay Opera.

In demand for new and challenging works as well as from the Baroque era, Ms. Kherani has been engaged for many world premières in her young career. In 2014, she made her Houston Grand Opera (HGOco) debut in the role of MEERA in the world première of Jack Perla’s River of Light. Other premières include Neil Rolnick’s Anosmia, released by Innova Records in 2013, and Dante de Silva’s “graphic opera” Gesualdo with Opera Parallèle. In 2015, she appeared in the leading role of ALTISIDORE in Boismortier’s Don Quichotte chez la Duchesse at Central City Opera, for which she was praised for her “vocal triumph” in the “cruel demands” of the role; critics noted that her “bright, strong voice and fluid dancing were notable strengths of the production.” A passionate interpreter of early music, Ms. Kherani has been featured with the American Bach Soloists, the San Francisco Bach Choir, the Amherst Early Music Festival, Early Music Vancouver, and the American Handel Society Festival.

She currently makes her home in Northern California with her product manager husband, a tank of fish, and a garden of succulents. When not singing, Maya enjoys playing tennis, practicing yoga, cooking keto meals, reading novels, cycling, hiking, and scuba diving.